Line Item Veto is without a doubt the most successful Trail Pleasure stallion the Tennessee Walking Horse breed has ever known. He was bred and raised by Grover and Wilson Blaylock of Hanceville, Alabama. He is sired by the legendary Lined With Cash and out of the Prides Generator daughter Gen’s Liza Jane. In addition to Line Item Veto, Gen’s Liza Jane also produced I’m Henry Jones (The Specialist) who was the 2009 NWHA National Two Year Old Trail Pleasure National Champion and Reserve World Champion Gen’s All Colors (Pusher All Colors) who himself had a very extensive show record. Owned and loved by Bo and Rachel Teague, Line Item Veto is what you look for in a stallion with proven natural and competitive ability. He has shown in the trail and country pleasure division 69 times being victorious on 47 occasions including 7 World Championships and 4 World Grand Championships.

He was undefeated in his show career in 2014 and 2015. In 2018 Bo and Rachel decided to return Line Item Veto to the show ring but in a new division, Country Pleasure. He has brought home a World Championship and two Reserve World Grand Championships in the Country pleasure division. His conformation is perfect and his body movement and gait is the definition of a Tennessee Walking Horse. His attitude and willingness is impeccable. He is beautiful on top of all his accolades. His beautiful bay color and long thick mane and tail are his trademarks. Attention all you cream dilute mare owners.

If you are looking to produce the best buckskin around Veto can add his Agouti gene along with his beauty and talent. Veto has sired many show ring talents including Reserve World Champion Veto Power, Liv it Up, Devoted and Atta Boy Leroy. If you’re looking for a stallion to meet all your criteria, Veto is that stallion. 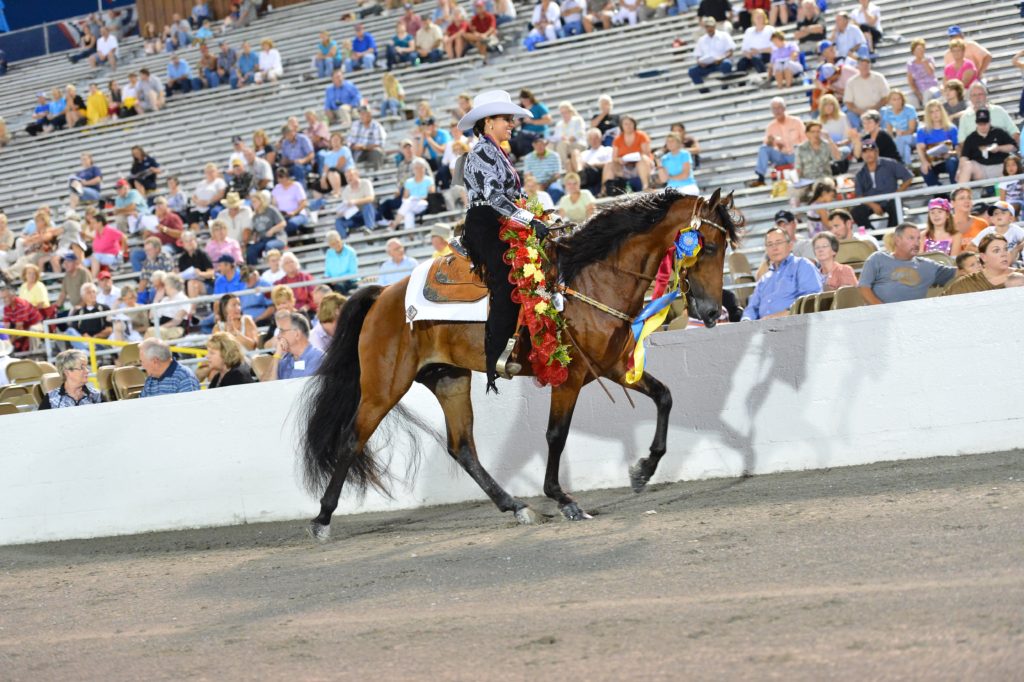